Kellner Millwork is a 3 generation joinery shop specialising in stair building in Pittsburg, the company is run by Ron D’Alessandro.

Ron and his team makes some beautiful high and medium end stairs that you can see on his web site by clicking the link below:

Last January I was contacted by Ron asking if Stair Designer could help him in his stair designs. He gave me a couple of stairs to design to put the software through it’s paces.

One was a simple three quarter turn with winders, a standard stair for StairDesigner. 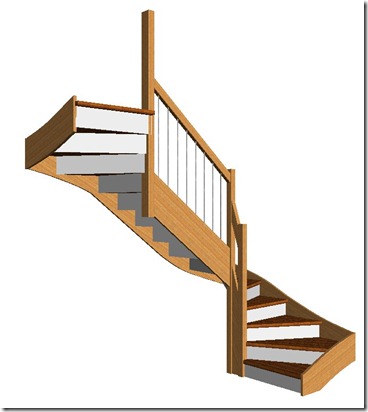 The other stair was more complex.

This stair that had to wind it self around an octagonal glass lift with a curved cut string and fit into an octagonal shaped stair well.

Note that the 2 octagons were no where near parallel.

Here’s a rendered image of the stair I made using the Stair Designer 3D model and Progecad for Ron to show the project to his customers. 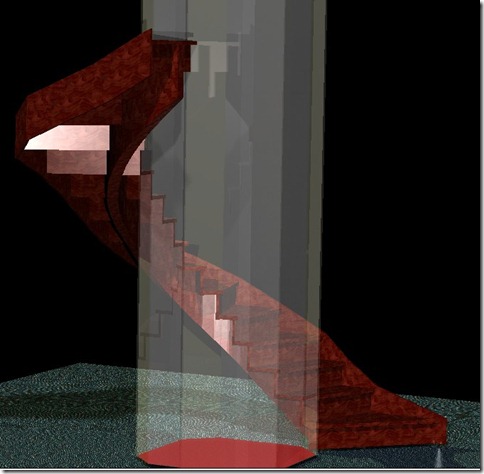 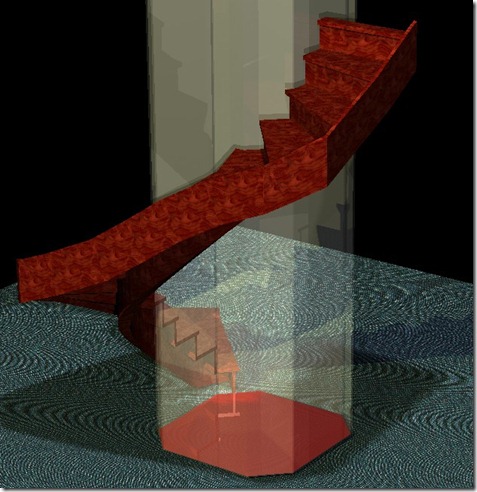 This stair was in fact 2 stairs one over the other and was more of a challenge for me to design, especially that it was all done in inches and fractions not something I used to doing.

Ron sent me the stair well drafted up using Turbo cad and I calculated the stair position and parameters using his drawing.

Here’s the first drawing made up in ProgeCad. 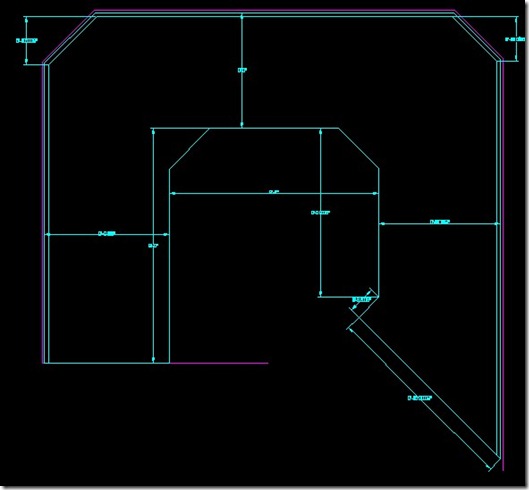 This initial draft is used to get the shape of the stair well and the first and last steps of the stair.

With these elements fixed, I dimension of all the necessary sizes that will give the stairs parameters in Stair Designer. 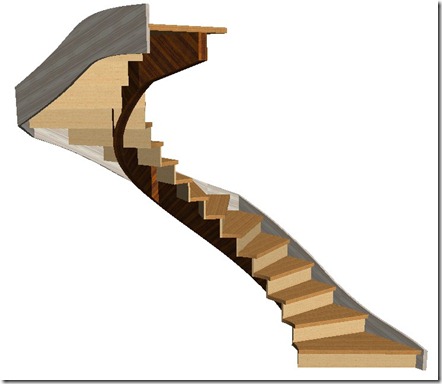 To build the curved string I suggested Ron use the horizontal laminates technique that I explain In this article:

How to make curved stairs with a central cut string

Here are a few photos sent by Ron to show how it went: 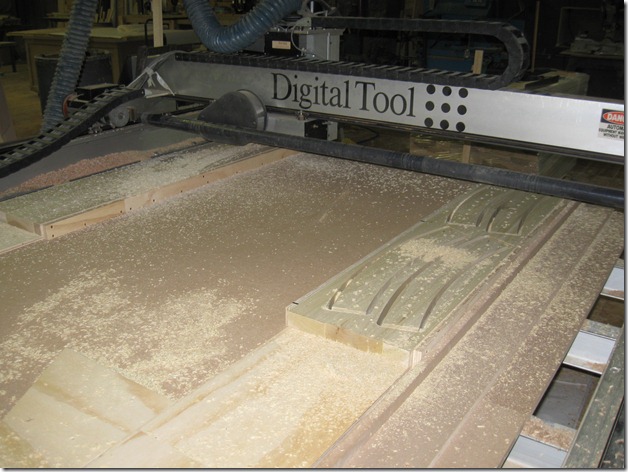 Ron used the DXF files from ProgeCad to run his CNC and cut out the horizontal laminates and drill the dowel holes that align them while gluing up. 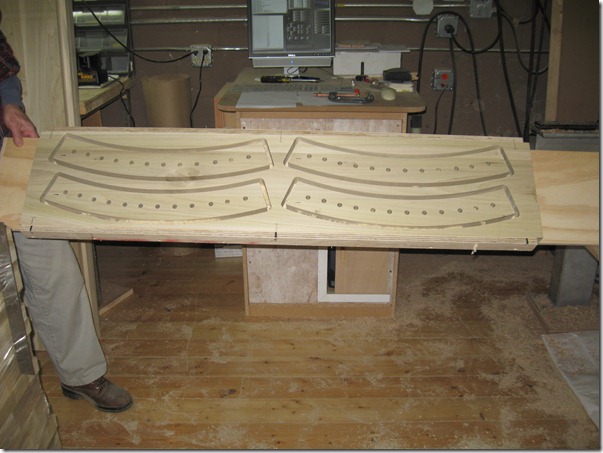 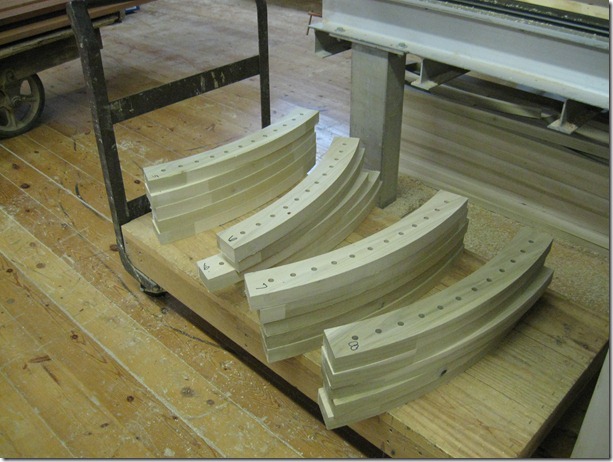 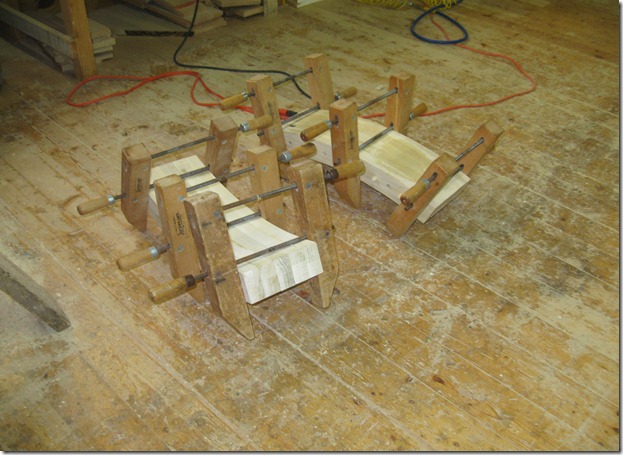 Dowels are inserted to keep them aligned and the laminates are glued up in packets equal to the rise of each tread. 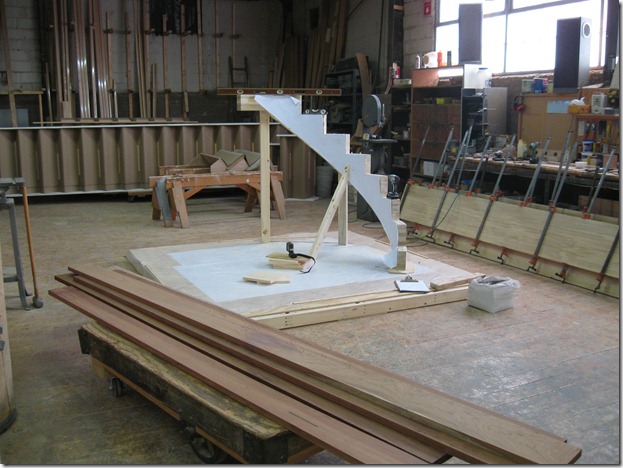 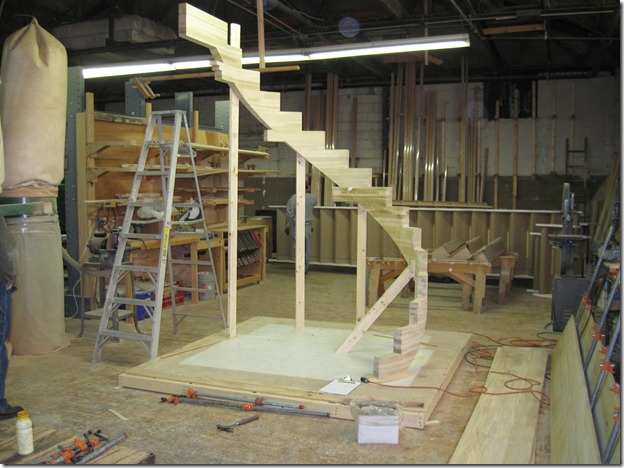 In these photos Ron has printed out a full size plan of the curved string to assist in assembling the different laminated packets to make up the entire stringer.

The laminates are assembled using a laser plumb line to make sure they align perfectly with the full size plan view. 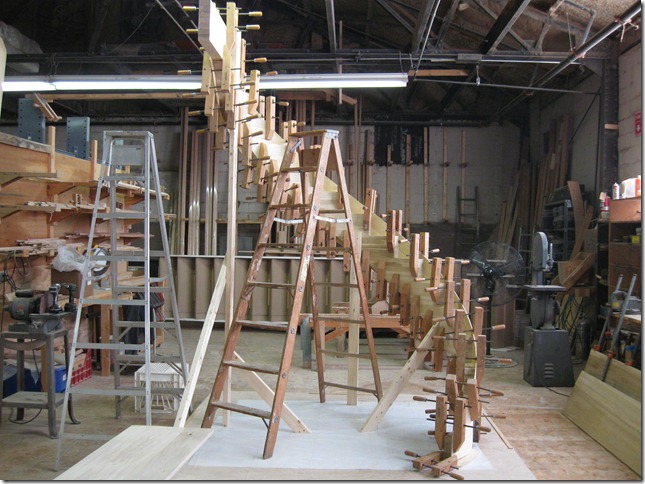 Once assembled the horizontal lamainates are “veneered” with a 1/8th inch outer laminate. 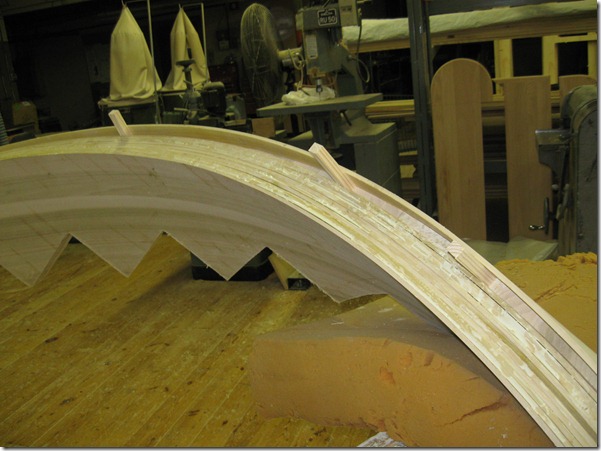 Ron has glued thin battens to the underside of the string to finish off the lower helicoidal surface. 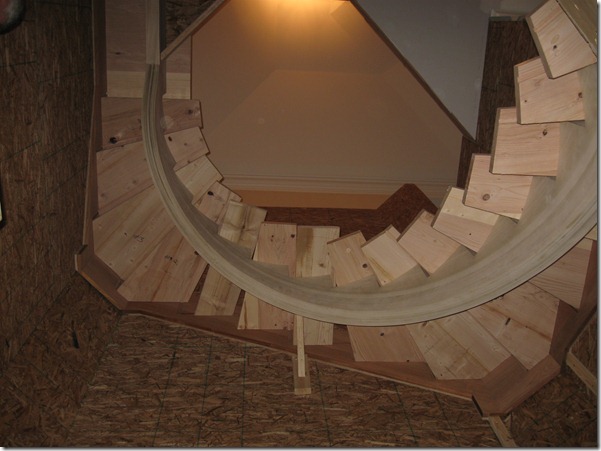 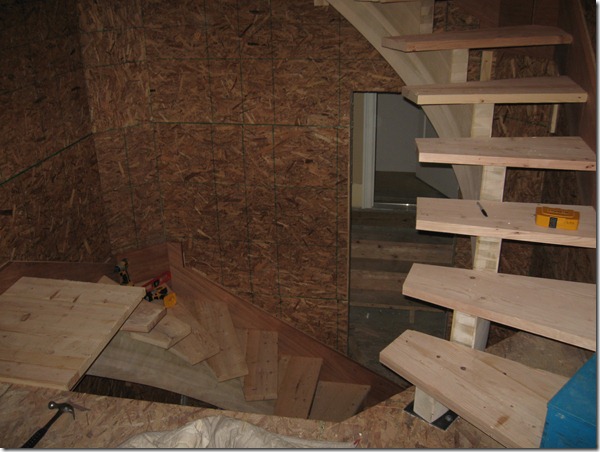 The string and the stair stair are temporarly installed into the stair well while waiting for the glass lift.

Ron say’s that the lift should be installed next week and the I’ll write another article to show you the final stair as soon possible.

Hope this has been interesting for you.

Thanks again to Ron for sharing this great project with us.

This site uses Akismet to reduce spam. Learn how your comment data is processed.